STUDENTS from Hagley Catholic High School talked their way into the regional finals of a debating competition. Share article They were among four teams of students who took part in the round of the Institute of Debating Matters competition at Birmingham's Joseph Chamberlain Sixth Form College, debating controversial issues such as the HS2 rail link and childhood vaccinations. 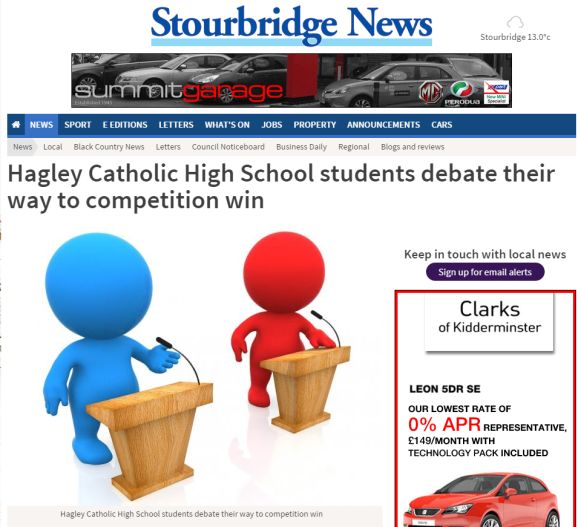