Sixth-form students from six schools in the South of England will fight it out in the UK’s toughest debating competition, the Academy of Ideas’ Debating Matters Competition this Friday 11 March. Oxford Brookes University is hosting the South regional final which will see 16-18 year olds taking part in a series of debates on topics such as gentrification, genome editing and gender quotas in the workplace. 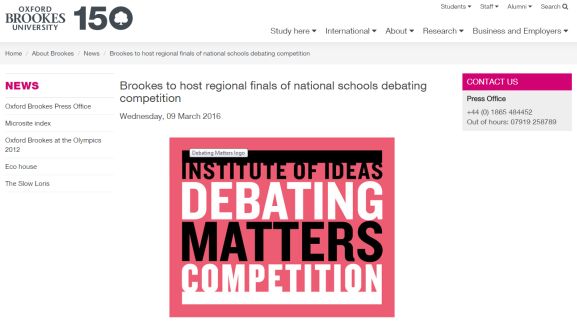