Students from Thorp Academy (Thorp) in Ryton, have reached the regional finals of the national Academy of Ideas Debating Matters competition. This academically acclaimed competition has been the premier performance for Thorp’s debating team, battling alongside teams from 12 regions throughout the country. 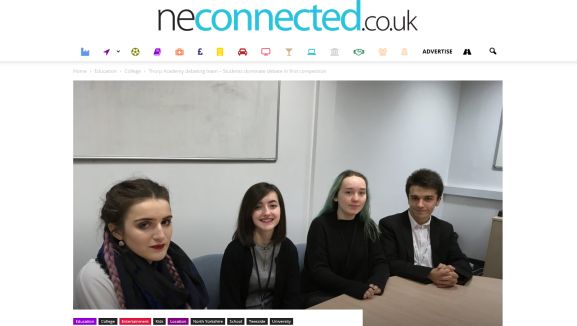