Or Katz and Maayan Amid and their teammates from the Reali Haifa school, take the trophy, after dozens of high school students from both the Jewish and Arab-Israeli sectors came together Tuesday for a day-long debate tournament, run by the Academy of Ideas Debating Matters Competition, a London based organization that has recently started its debate program in Israel, in partnership with the Anglo-Israel Association. 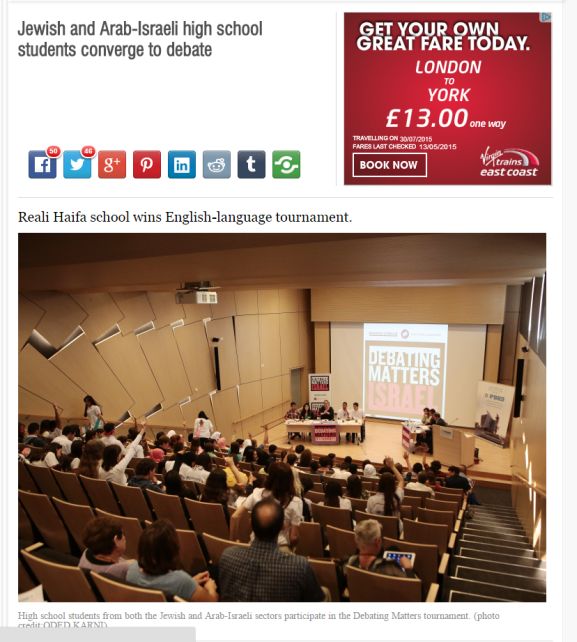